For a September still to sea we rent an apartment with air conditioning in the following periods ;

September sea in Gargano , among Viese and Peschici , the sun shines and warms again . For further information contact us!

Special weekend formula , for all year ! 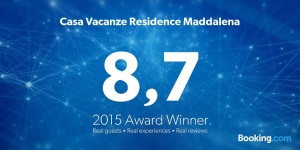 Gargano is an area that deserves to be visited at any time of year! Starting from Vieste, one of the most well known tourist resorts of Puglia, a small village overlooking the sea with white houses perched on Mount Gargano, you can visit other places religious-historical-tourist-bathing-naturalistic Puglia, worthy of Note. The old town of Vieste, characterized by the narrow streets, stairways and small squares; especially in the evening the streets illuminated by a soft light, seems to convey to those who stroll new emotions. Continuing the path, you will arrive in Peschici, Rodi Garganico, Tremiti, Mattinata, Manfredonia, Vico del Gargano, the Lakes of Lesina and Varano, Umbra Forest, in addition to the religious sites such as Monte Sant’Angelo and San Giovanni Rotondo: a route that will make your holiday in Puglia unique. On the site you will find some information regarding www.garganoresidence: – Exhibitions and events held in the towns of Gargano; -where to stay in Puglia, rental offers for houses, apartments, residences, tourist accommodation and bungalows.

We specify below some useful information about this beautiful area surrounding the houses of Residence Maddalena: – 1 km around the Archaeological-Naturalistic Oasis “La Salata” paradise of 6000 square meters, more than 300 early Christian tombs carved into the rock and dating back to the III-IV century AD in which two streams of brackish water are home to turtles, eels, frogs and mullet, – 20 km to reach the Foresta Umbra which take nature tours and culinary Gargano, – 24.5 km it ragguinge Vico del Gargano, among the 100 most beautiful villages of Italy, – 40 km around the lakes of Hvar and Varano, the two coastal lakes, sand dunes which separate it from the sea, are two ornithological paradise, perfect for birdwatching.Tra vegetation of Lake Lesina nest red herons and bitterns, you see the herons and flamingos; while in the Varano is a rich colony of cormorants. – 50 km Monte Sant’Angelo typical medieval town, a UNESCO World Heritage site and religious center for the Sanctuary of San Michele Arcangelo and the Abbey of Santa Maria di Pulsano, – 61.1 Km San Giovanni Rotondo famous for San Pio, – 66 km Manfredonia, charming tourist town, made famous by Federico II’s father King Manfredi which is dedicated to the name of the city, you can visit: the Cathedral in which in a side chapel is kept the icon of the Virgin Siponto, the Abbey of San Leonardo: the day of June 21, the sun casts a beam of light through – gnomonic hole – on the roof of the church, casting a shadow with the cross pattern. At the time when the sun is at zeniti, the cross is positioned perfectly in the middle between the two columns adjacent to the northern entrance of the church. the oasis Salty Lake and the Archaeological Park of Siponto. – 15.2 km from Peschici, 28.4 km from Rhodes Garganico (Blue Flag in 2011,2012,2013) and 7 km from Vieste; – About 12 miles from the Tremiti Islands “reached by boat from Vieste, Peschici and Rhodes Garganico”. The Gargano is a set of natural elements, consisting of the caves, beaches, bays and cliffs, enhanced by deep blue sea and the crystal surrounding it!

From September to June each year, rent beds in an apartment fully furnished , central heating , parking , garden, barbecue area . Schedule: daily, weekly and monthly ; the price of daily rent from € 37 ! For more information,